About Ackroyd and Dadswell 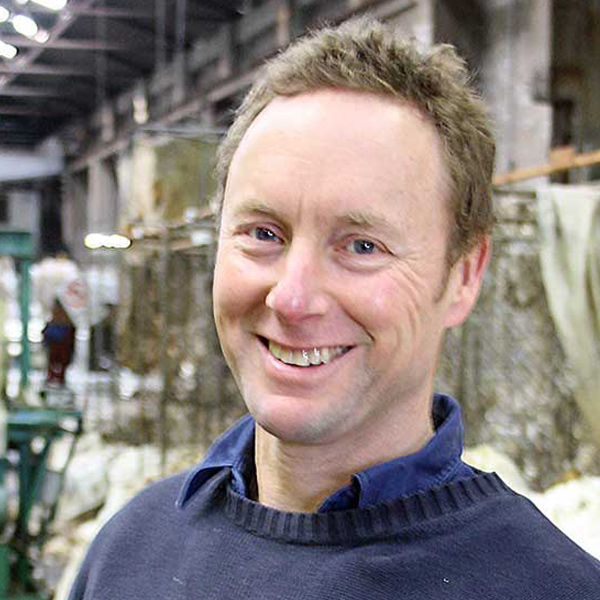 Stu grew up on a farm in Tasmania where he learnt a number of valuable skills about the trade. He later went on to attend wool school in order to move into the industry.

Later he went on to work in the wool export trade where he gained experience and expertise in wool buying, broking and classifications.

In 1999, Stu brought these skills with him as he took over Ackroyd and Dadswell and has continued to expand both his skills as well as the business. 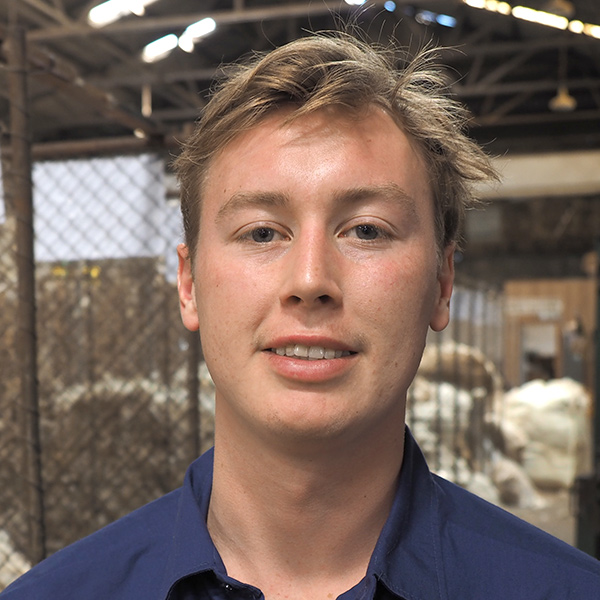 Ted Finlay started work at Ackroyd and Dadswell at 7 years of age; Ted's been in and around the shed since Stu has owned the business.

Ted officially commenced in 2014, completed his classing ticket in 2017 and now handles the day-to-day running of the shed, warehousing, and logistics.

Ted is also the friendly face who’ll be buying your wool if you walk in the door. Vlad came to Ackroyd and Dadswell in 2018, after 15 years of working in horticulture. We soon saw that he had a natural affinity with wool and he has commenced studying his classing ticket.

Vlad specialises in warehousing and despatch. 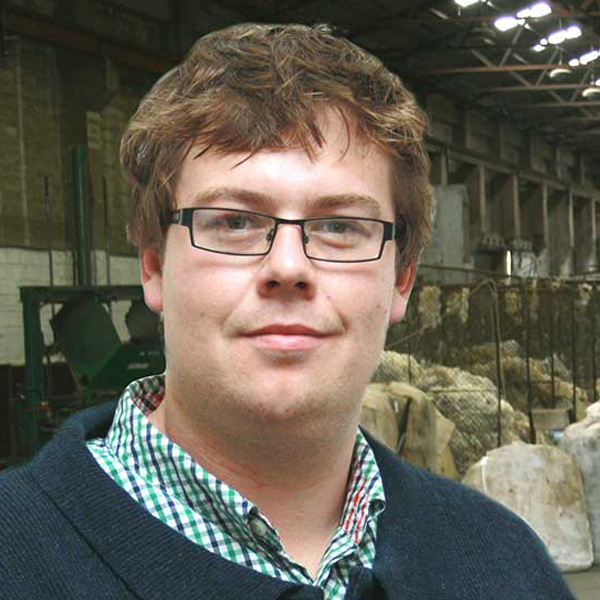 In 2014 Ackroyd and Dadswell added a branch in Mortlake, in addition to their Geelong branch of the business. Mortlake is run by Ben Blain, who grew up on a farm and has been involved in the wool broking industry since he was 14.

His valuable experience helped him transition into the professional wool broker industry and led him to the position he has today. Ben runs the Mortlake location and works as a wool buyer in the Mortlake district. Khaten is our in-house wool buyer at Mortlake. He’s the friendly face you’ll meet when you come in to sell wool.

Khaten's a born-and-bred western district boy, who grew up at Mortlake and started with Ackroyd and Dadswell in 2015. His passion for wool started when he started working on local farms at 12 years old, and developed from there.

Khaten completed his wool classing certificate in 2017 and now an important part of our buying team.

Ackroyd and Dadswell was established in 1966 by Irving Ackroyd and Norm Dadswell when they started leasing a shed from wool brokers Strachan & Co. in North Geelong.

Norm came to Geelong from Dadswell Bridge in the Ararat area of Victoria to study wool classing at the famous Gordon Wool School, and was offered a classing position at Strachan & Co. in the bulk and re-classing department. Strachans were located in Moorabool St Geelong, now part of Westfield Shopping Centre.

Irving Ackroyd, a few years older than Norm, was a returned RAAF serviceman from the 1939-45 war. Attending The Gordon Wool School for a refresher course in wool classing, he was granted a soldier settlers block in the Cressy Rokewood area where he ran merino sheep. With 700 approx. acres of hard stony wind swept country which requiring fencing, prior to grazing, the Ackroyd family lived in the garage. The settlers of these blocks who ran merino sheep fared well, catching the 1950s wool boom created by the Korean War.

Irving later sold his block, moved to Geelong and worked at Strachan & Co. While working there Irving and Norm built a working relationship that would lead to their future in trading wool together.

From the early days at Victoria Street the boys moved to the city in the Dalgety wool store on Brougham Street, previously used by wool dealers Wheatland & Stanley; the lower levels of this huge multi floor shed remained the trading centre for the firm until Deakin University became interested in, and ultimately purchased the building.

About this time in 1982, Don Jennings joined as a partner. Previously he’d been trading as Kardinia Wool with Bert Gosbell who’d retired, and as Irving was also close to retiring in 1986 it was seen as a win-win situation.

"There was no partnership agreement in either business, but at no time was there any disagreements" said Irving. Norm and Don continued trading as Ackroyd and Dadswell.

"The working staff was nearly always ourselves. If we were busy we worked longer hours and occasionally recruited chaps from other wool stores. Our only permanent employee was Greg Cuthill who after 10 years left to join the police force in Tasmania.” said Norm.

"With the Brougham Street building being sold, we moved to Smythe Street into a store that had been a part of Elders' sheds, known as the laundry and owned by Howard Glover. Elders had built out at Lara and the store on Western Beach was being demolished. We traded there about four years and after being resold, we had to move again.” said Norm.

Enough moving Norm and Don thought and - together with wives Thais and Ronda - they bought the current location in Douro Street, North Geelong. The shed had been used by Sims Metal as a recycling depot and with a fair amount of work, asphalting, painting and bricking it was turned into a wool store. Ackroyd and Dadswell moved in in 1989 and has remained since.

A couple of years later, in 1999, Stuart Finlay took over the operations from Norm and Don.